Students should evaluate how beneficial their study habits are right now because final examinations are only around the corner. Let’s face it, most study sessions go something like this:

The majority of students, however, are unaware of how multitasking interferes with memory. It’s time to close TikTok and turn Do Not Disturb on in iMessage.

Why it’s impossible to multitask when studying

We all take great satisfaction in our ability to multitask. However, no one benefits from multitasking when learning. Psychology professor Larry Rosen’s lab at California State University was the subject of a Slate.com article. They carried out a study by watching 263 pupils finish their homework. Every 15 minutes, the researchers took a recording of what each kid was doing.

To determine whether they were writing, reading, typing, browsing social media, texting, talking on the phone, or watching TV, the researchers utilized a checklist. Even though the pupils were conscious of their surroundings and that they were supposed to be studying, their focus soon wandered. Around the two-minute point, the researchers discovered, that their on-task behavior started to deteriorate. At this point, the students began answering texts and monitoring social media. Students had only completed about 65 percent of their assigned work by the time the allotted 15 minutes had passed. The children appeared to be unable to concentrate for more than 15 minutes without taking a break. Students who have grown up in a technologically advanced society are all too familiar with this behavior.

Studying While Multitasking: The Research Is In

There is no doubt about it: pupils who multitask while studying or doing their assignments do not retain information as well as those who give their work their complete concentration. While multitasking, students will comprehend and retain less and will have trouble applying their information to new circumstances.

According to some studies, the new Marshmallow Test is the capacity to ignore incoming messages on one’s smartphone. The degree of potential academic performance among pupils may depend on their amount of self-discipline. Academic progress may suffer if pupils are unable to restrain themselves from multitasking in the classroom.

The fact that the brain cannot perform two difficult activities at once must be made clear to students. The majority of pupils think they can multitask, but in reality, the brain cannot keep up. Students should only concentrate on the task at hand if it calls for information retention. After 10 minutes, students who are not paying attention will not be able to recollect what they learned. When moving between tasks, the brain gets worn out. Though they may not seem complicated to students, texting and scrolling through social media actually engage the same brain region as listening to a lesson.

Humans can perform two jobs, such as doing the laundry and watching TV, if they employ different brain regions. The idea that students can multitask and yet learn is simply untrue. Students must offer their full attention, to put it simply.

What is doable? Break from technology!

The majority of students are unlikely to admit that media multitasking is an issue. We cannot, however, dispute what research has shown: being preoccupied with technology when learning negatively affects grades. In Rosen’s study, it was discovered that students’ grade point averages were lower for those who utilized Facebook for 15 minutes than for those who didn’t.

What can be done because technology isn’t going anywhere any time soon? Rosen, though, has a fantastic idea: tech breaks! Students have two to three minutes of technology time after every 15 minutes of undisturbed work. Similar to a reward, knowing there will be one at the end will help kids focus and study more effectively. Students can employ a variety of strategies and techniques for productive study time. Here are eight scientific tips to aid pupils in studying more effectively. 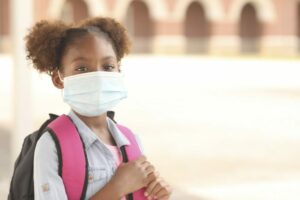 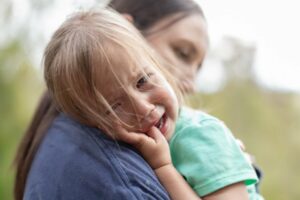